Confronted with a blank screen, poised to  tap away,  how to go about creating that great story. Perhaps one primary consideration is the theme.  Maybe the theme should  be a ghostly shadow within the confines of the story, not screaming at the reader, but there none the less.  It may make the reader think about their own lives, there might be a moral to be learned, but a writer should not take on the role of a preacher.

Then there has to be a plot, all the conflict or struggle that the main character or characters go through. The conflict should develop in intensity and excitement, reaching some kind of climax.  If you are writing a novel there may be a number of conflicts interspersed, but a short story will have only one principal conflict.

Moving onto story structure,  the story has to entice the reader, right from the first sentence.  Equally then, ending has to round things off perfectly.  You may have your theme and an outline of the story, but how are you going to tell it… a writer needs to decide about writing the story either in “first person” or in “third person.”  Will you be using “he,” “she,” and “it”—so writing in third person means telling a story as if it’s all about other people., or will you be writing using “I”—so writing in first person means telling a story as if it happened to you.  If in your head you have a rough idea of the theme,  you will also know which tense you are going to use,  either “present tense” or “past tense.” Writing in past tense means writing as if the story already happened, which is typical  manner in which most stories are written. Writing in present tense means writing as if the story is happening right now.  Normally you can’t mix the two.

An important consideration is the characters.  I like to “live” with characters in my head, before committing to write about them.  For me the name of the character, says a lot about the character, for example in my short stories, I have a character called “Bugeyes” and the story revolves around the fact that he is a person who suffers intensely, due to his oversized eyes.  Lead characters should be someone readers can feel something in common with, or feel empathy. In my stories I love to create evil characters.  My characters are far from perfect, have flaws and idiosyncrasies.  Characters are interesting if they are not too one dimensional,  even evil characters have to have some kind of redeeming feature, or perhaps they have been victims themselves in one way or another.

Settings are also paramount. In my book there is quite a range of different settings,  some are set in America, for example my story “Opium” is set in America, post-civil war.

Then there is the question of language,  it has to really correspond with your story.

A writer will tend to use actions and speech to let readers know what’s happening. Showing , rather than telling, using  direct more “real life” quotes like “Go away!” instead of indirect quotes like “She told him to go away.”

You don’t have to write over elaborately to write well. Don’t shy away from using simple words and simple sentences, so you words and sentences cut through easily.

I often spend a long time mulling over what is the best word to use, glued to a thesaurus. Each sentence and paragraph should resonate, I often spend a lot of time, writing and rewriting so as to get the optimum sentence. Some sentences or paragraph can be redundant. You can get carried away, lose sight of the story, or go off on tangents. 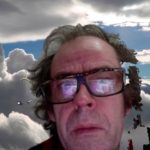 Francis H. Powell‘s, Flight of Destiny , is a book of 22 short stories.  Born in a commuter belt city called Reading  and like many a middle or upper class child of such times, Powell was shunted off to an all-male boarding school at eight, away from parents for periods of up to twelve weeks time.  What better way to put all angst into short stories.

Powell began writing while living in Austria.  His writing evolved while living in Paris. Flight of Destiny won the Compilation/anthologies category in the Pacific Rim book festival.