Elizabeth Beechwood shows how to create animal characters on her Blog, “When I write, strange things happen.”

Anyone who knows me knows that I love animals. When I was a kid, I was always bringing home stray dogs and baby birds. After I got married, my husband had to deal with opossums in the backyard, baby goats running through the kitchen, and let’s not forget the epic night he came home to find a loon in the bathtub!

It seemed natural, then, that when I began to write, I included animal characters in my stories. I quickly realized, however, that writing from an animal’s perspective had its own particular challenges, whether my characters were cats or pigeons or griffins or giant moths. I discovered that, by focusing on four main elements, I could portray all sorts of animals – from the realistic wolf surviving in the cold north to the fantastic mouse going on a quest. If you imagine these four elements on a sliding scale with ‘realistic’ to the far left and ‘fantastical’ to the far right, where you, the writer, place these elements determines the type of animal character you will create.

To find out more about creating animal characters, please go to Elizabeth’s blog.

Elizabeth Beechwood writes about herself:

I wrote and self-published my first novel “The Brown-Eyed Trio” when I was nine years old. Unfortunately, the only copy was lost so you’ll have to take my word when I say it had a killer plot and tons of adjectives. It also featured a nine-year old girl, a dog, and a horse. Now, years later, I continue to write novels and short stories, striving for killer plots and as few adjectives as possible. Animals figure prominently in most of my work.

I’ve lived all over the United States, including Alaska, but presently make my home in the Pacific Northwest. I’m pursuing my MFA in Creative Writing at the University of Southern Maine’s Stonecoast program. My work has been featured in Every Day Fiction and Beyond Boundaries. 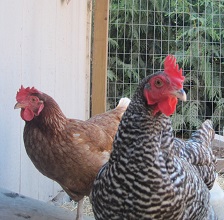