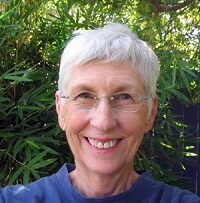 What’s in a Title by Guest Blogger Jane Merryman

A Crack in the Edge of the World

Book titles. Delicious. They provide entertainment in themselves, never mind what’s between the covers. The words on the front offer promise, titillation, or confusion. Of course, some titles are strictly workaday: Wildflowers of North America; The History of England from the Accession of James II; Math Formulas and Tables. But other titles are delightfully misleading, some are curiously ironic, others are satirical or even nonsense.

Fezzes in the River

The title may or may not be an exact pointer to what’s inside, but it’s definitely a label that fixes itself in mind and memory. Take Pride and Prejudice—it has a lilt to it. But do you really want to plod through several hundred pages of unillustrated text enumerating the consequences of a couple of vices, or would you rather read about landing a husband? From its title, you don’t know how much you might or might not enjoy reading this book.

As a librarian I’ve spent many hours “reading the shelves,” an actual entry on the official list of library chores. I select a block of shelves and check every book, making sure it’s filed correctly by Dewey Decimal Number, author’s last name if it’s fiction, or subject’s name for biographies. This exercise affords plenty of time to savor the mystique of the title, pushing aside what I know of the work itself. I’ve read The Great Gatsby, but to someone who hasn’t (yet), what is a gatsby? No matter, the alliteration is the hook.

One Hundred Years of Solitude sounds as if it could get soporific really fast, but it doesn’t. Men Are Like Streetcars, Memoirs of a Geisha, and The Plague all live up to their promise. War and Peace appears to have taken on too much. A Thousand Acres seems more do-able. Nine Stories is something I could definitely finish.

Some titles tell you right away that Things Fall Apart, The Mambo Kings Play Songs of Love, and Friday the Rabbi Slept Late. At times they advise you to Play It As It Lays, to Go Tell It on the Mountain, or that You Can’t Go Home Again.

My Family and Other Animals, Chocolat —these titles make us smile in agreement. The Lexus and the Olive Tree, A Clockwork Orange, Up the Down Staircase, A Wrinkle in Time—these fill us with consternation.

The Naked and the Dead is one of those titles that leads us somewhat astray since it’s about the fully clothed and the living. Seeing Through Clothes might disappoint some readers with its lengthy footnoted discussion of the history of garments and fashion. Some books seem to be wanting to tell us about royalty—The African Queen, All the King’s Men, and The Prince of Tides—but they never make it to the palace.

Authors can lift their titles from other works, such as the Bible, Shakespeare, and famous and not-so-well-known poets, and give them a resonance that sticks with us. We have East of Eden and The Sun Also Rises, For Whom the Bell Tolls, The Winter of Our Discontent, and The Grapes of Wrath. In nursery rhymes writers found When She Was Good and When the Bough Breaks. A book of travel essays went to a play to find its title, The Kindness of Strangers, which helps explain its contents, but are the others so transparent?

Birds figure in many titles: The Maltese Falcon, The Painted Bird, Lonesome Dove, and Wild Swans. And of course mockingbirds, eagles, swallows, and blackbirds are all roosting on the library shelves, too. Little Birds, though, is not at all about ornithology.

Titles beckon—invite us to go on a Forbidden Journey, to take The Road from Coorain, to venture Beyond the Khyber Pass, and catch The Polar Express. They offer to take us to a special place, anywhere from The House on Mango Street, to Under the Volcano, to Hiroshima, or suggest that we stroll down Revolutionary Road, Half Moon Street, and Lonely Avenue. Bridges turn up uncommonly often in titles—bridges to Terabithia, of San Luis Rey, at Toko-Ri, over the River Kwai, and on the Drina—and lead us on fraught, hardly light-hearted journeys.

Need I go on? Haven’t you been tempted to read a book just because its title played with you? There’s a world—a universe—out there in books. Their titles might tell us exactly what is inside, what information we will tap into, what kind of adventure we will take off on. Some merely hint at the experience to come. Others don’t give us a clue, even after we’ve read the whole thing from foreword to appendix. But that doesn’t matter. Reading a shelf of titles is a pleasure in itself without even opening the books. Take Chocolat—’nuf said.

In my opinion, though, all books should bear the subtitle Great Expectations.

Jane Merryman specializes in copy editing: correcting grammar, spelling, punctuation, usage, and, as we say in the profession, infelicities.