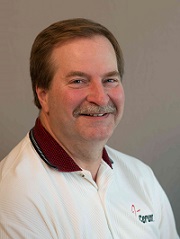 Regular verbs feature a past tense that ends in “ed.” Words like brush or bump become brushed and bumped in the past tense. But what do you do with those irregular verbs that don’t follow such an easy rule?

Arise becomes arose (past simple) or arisen (past participle) while find becomes found in both cases of past tense. English students need not despair. Two mathematicians recently collaborated and uncovered the fact that irregular verbs will convert to a regular form. It just takes time.

The principle of atomic half-life is invoked. Erez Lieberman and Jean-Baptiste Michel’s formula suggests that the more popular the verb the longer the time it takes to be reduced to a regular form in its past tense. For example, have will become haved instead of had—in 38,800 years—and hold will become holded instead of held, but in a much shorter 5,400-year timeframe. Note that have is used 100 times more frequently than hold, a characteristic leading to its longer half life.

Erez Lieberman says, “Mathematical analysis of this linguistic evolution reveals that irregular verb conjugations behave in an extremely regular way—one that can yield predictions and insights into the future stages of a verb’s evolutionary trajectory.”

Their mathematical formula was based on the analysis of a 177-word long list of Old English irregular verbs that have been regularized over time. The extrapolation of the English language that has evolved over time is one that will take time to prove.

Jean-Baptiste Michel says, “Before, language was considered too messy and difficult a system for mathematical study, but now we’re able to successfully quantify an aspect of how language changes and develops.”

I suppose we’ll continue speaking and monitoring which verbs become regularized. I suspect my descendants will one day comment with wonder on this article that they seed (formerly saw) and readed (formerly read).

Rob Koslowsky has spent 34 years in the high technology field of optical fiber transmission systems and solar energy systems. His early writings were based on personal experiences and historical non-fiction in the areas of science and technology. This work built upon his first book entitled A World Perspective through 21st Century Eyes (2004) and provides stimulating content for his monthly newsletter A World Perspective, now in its twelfth year of publication. His second book, The Upstart Startup: How Cerent Transformed Cisco, was published in 2014.

Rob has served as an officer of the Redwood branch of the California Writers Club and has written numerous short stories, song lyrics, and poems.

Breach of Trust: A Laura Paige Murder Mystery (2015) is his first novel.

Rob is a member of the IEEE, Sonoma County Astronomical Society, and the Northern California Science Writers Association.