Guest Blogger Karen Hart reveals secrets about how to Keep Calm, Carry On and Let the Magic Begin:  How To Breathe Life Into Your Work Through Revisions.

During my thirties, I wrote my first novel, Butterflies in May. It tells the story of a 17-year-old high school senior, Ali Parker, who discovers she’s pregnant. I gave her characteristics, created a family, a best friend and boyfriend, and described where she lived. I effectively created a situation and characters, and the mechanics were in place. After nine months of work, I had a novel, but the story was flat. It was discouraging after all that effort, but in the words of Hemingway: “The first draft of anything is shit.”

The goal in writing a novel (or any body of work) is to capture the magic, give it a heartbeat and touch your readers in a relevant way. Revising and editing are essential to breathing life into your words.

So how to capture the magic?

There’s no clear formula other than to learn how the magic manifests for you. For me, it begins with the mechanics, then somewhere along the way, an idea takes hold and takes over. That “idea” could be a word, a phrase, a scene, a scent or snatch of dialogue. While revising Butterflies in May, a scene between Ali and her newborn baby woke me up at 5 in the morning. I got up, went to my computer and started writing. Today, teen girls often tell me that passage makes them cry. The passage still brings tears to me, because I cried as I wrote it. Here are a few ideas to get your writer mojo on and capture the magic.

Karen will be on a panel of editors at Writers Forum in Petaluma on May 21, 2015.

Join us and learn how to keep calm, carry on and catch the magic. 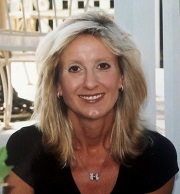 Award-winning writer, editor and novelist, Karen Hart, has served as the editor for two corporate magazines and a newsletter and continues to be slightly obsessive-compulsive about all writing endeavors.