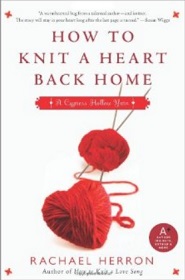 A comment by David Sedaris on a podcast gave me an a-ha moment recently, and I wanted to share it with you.

I’d always wondered how he got his essays so brilliantly specific—filled with the kind of particulars that put you right into the spot where he stands.

From Me Talk Pretty One Day, “For the first twenty years of my life, I rocked myself to sleep. It was a harmless enough hobby, but eventually, I had to give it up. Throughout the next twenty-two years I lay still and discovered that after a few minutes I could drop off with no problem. Follow seven beers with a couple of scotches and a thimble of good marijuana, and it’s funny how sleep just sort of comes on its own. Often I never even made it to the bed. I’d squat down to pet the cat and wake up on the floor eight hours later, having lost a perfectly good excuse to change my clothes. I’m now told that this is not called “going to sleep” but rather “passing out,” a phrase that carries a distinct hint of judgment.”

His humor comes from the details.

But how did he remember those details? When you’re reading his work, you’re right there, exactly with him.

I have a legendarily bad memory. This is why I blog and journal.

But I’ve been stumped in the past as to how to catch the things that flit by, the words I want to remember, the colors of the sunset I’m in front of, the smell from the Korean barbecue on the corner.

I’m not willing to drag out my big ole journal and plop down on the sidewalk to catch my ideas and put them into beautiful sentences. Therefore, I lose a lot of them. I want to live in the moment, not next to it.

The tip David Sedaris gave me? He jots down snippets, and then later transcribes and expands them in his diary.

I’ve often jotted snippets into a tiny Moleskine (because those can seriously go through the washer and come out with your words intact — ask me how I know). And I journal.

But combining the two — grabbing the few words and expanding them later — this is a really powerful combination that’s netted me some great stuff recently.

So I’ve taken to carrying a purse, even though I hate to do so. I find that tapping ideas into my phone doesn’t have the same feel as grabbing a notebook and pen and scribbling the words that lead to other ideas.

Of course, I don’t stop the party. I don’t announce that I need quiet for my creative inspiration. My goal is that no one notices what I’m doing. It’s the bank robbery of journaling — get in and get out before anyone sees your face.