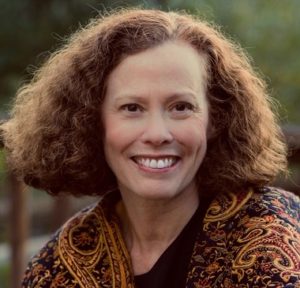 Memoirists are the bravest of writers.

In exploring the journeys of their lives, they delve into the private (and imperfect) lives of others. Can a memoirist write about surviving abuse without getting sued by her abuser? Can a soldier write about war crimes without risking a court-martial?

Yes, but a cool head is key.

Considering the thousands of memoirs published each year, there are relatively few lawsuits. Claims are difficult and expensive to prove. Most targets don’t want to call attention to a matter best forgotten.

However, it’s important for memoir writers to be aware of the legal risks. You can’t avoid risk 100% of the time, but you can learn to take the ones that are important to your narrative arc and minimize those that are not.

What is Safe Territory?

You may write about a person in a positive or neutral light. For instance, you don’t need permission to thank someone by name in your acknowledgments or to mention non-controversial information, such as the name of your fifth-grade teacher.

You may use historical names to establish context. If you are writing a memoir about the summer of 1969, you may mention Neil Armstrong and the moon landing and talk about your crush on Cat Stevens or Grace Slick.

You may speak ill of the dead. Claims of defamation and privacy die with a person.

When to Start Worrying?

When you are publishing information about identifiable, living people and that information could be seriously embarrassing, damaging to their reputation, or subject them to public hatred and score, then you need to consider the risks of defamation and invasion of privacy. I am not talking about portraying your mother-in-law as bossy; I am talking about portraying your mother-in-law as a drug dealer.

Here’s a quick summary of United States law. (The laws of other countries are more favorable to the targets.)

To prove defamation, whether libel for written statements or slander for spoken ones, a plaintiff (target) must prove all of the following:

If a statement is true, then it is not defamatory no matter how offensive or embarrassing (although privacy issues must be considered, as I discuss below). Opinions are protected because they are not “facts.” If you post a restaurant review stating a meal was so bad you gagged, that is an opinion. But one restaurant critic was sued for saying a stringy steak tasted like horsemeat. The plaintiff claimed the reference to horsemeat was a statement of fact and not a colorfully stated opinion. Satire is not defamatory if the absurdity is so clear that a reasonable person would not think the statement is true.

Of an Identifiable, Living Person, Group, or Company:

A defamatory statement must contain sufficient information to lead a reasonable person (other than the target) to identify the target. Typically, the target must be a living person, but organizations have sued for defamation. Oprah Winfrey was sued by a group of Texas ranchers after saying she had sworn off hamburgers because of mad cow disease. (Oprah won the case.)

One person (other than the target) must read or hear the statement.

The statement must be more than offensive, insulting, or inflammatory. It must “tend to bring the subject into public hatred, ridicule, contempt, or negatively affect its business or occupation.” Statements involving crimes, loathsome diseases, professional incompetence, corruption, impotence, or promiscuity are automatically considered harmful.

Made With Actual Malice or Negligence:

If the target is a public figure, then the target must prove the statement was made with actual knowledge that it was false or with a reckless disregard for the truth. If the target is against a private individual, courts generally require some carelessness or fault by the writer.

Even if you publish the truth, you may still be sued for unauthorized disclosure of private facts if you disclose private information that is embarrassing or unpleasant about an identifiable, living person and is offensive to ordinary sensibilities and not of overriding public interest.

The target must have a reasonable expectation of privacy. Any conduct in public is not protected, particularly today when everyone carries cameras in their pockets. Conversely, there may be issues your family doesn’t talk about, such as your uncle’s drinking problem, that are not private if your uncle has been convicted in public court of DUIs.

The disclosure must be more than embarrassing; it must be so offensive that it harms a person’s personal and professional reputation. Typically, these cases involve incest, rape, abuse, or a serious disease or impairment. Sex videos have triggered a number of suits.

And Not of Public Interest:

You can avoid these issues by getting permission from people appearing in your memoir. An email will do. But avoid giving someone the right to approve your manuscript. It’s your story. If your sister remembers the past differently, she should write her own memoir.

Ask yourself whether you are subject to other limitations.

If any of these apply to you, consult with an attorney about your options.

How to Reduce Your Risks

And most importantly, keep a check on your motives. Publishing a memoir is not a chance to get even with somebody by skewering them like a voodoo doll. A memoir is about you, the writer. It’s an opportunity to explore your heart, your character, and your truth.

To learn more about minimizing the legal risks of memoir writing, download my presentation at Fall 2016 Telesummit: The Heart and Soul of Memoir Audio Downloads.

Helen Sedwick is an author and California attorney with thirty years of experience representing businesses and entrepreneurs. Publisher’s Weekly lists her Self-Publisher’s Legal Handbook as one of the top five resource books for independent authors.

Helen’s blog coaches writers on everything from saving on taxes to avoiding scams.