The roots of All Fools Day date back to at least the 1500s as an occasion to perpetrate tomfoolery, possibly in reaction to spring’s mercurial weather. It’s observed on April 1 in many Western countries.

In Italy, France, Belgium, and French-speaking areas of Switzerland and Canada, pranksters cry “April fish” as they tape paper fish to people’s backs.

In 1957, the BBC pulled a prank, known as the Swiss Spaghetti Harvest prank, where they broadcast a fake film of Swiss farmers picking freshly-grown spaghetti. The BBC were later flooded with requests to purchase a spaghetti plant, forcing them to declare the film a prank on the news the next day. 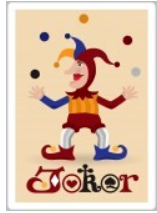