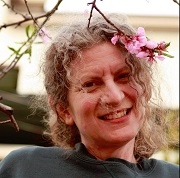 Guest Blogger Alison Luterman talks about “how to be true to the complexity of intimate relationships, while at the same time protecting the dignity of all concerned.”

The other night in essay class, a student read her story aloud.  Behind her moving account of her mother’s death, I could sense something missing.

“I can tell from your description what a wonderful woman she was, ” I said. “But there are hints here and there about things that might have been difficult as well.”

“Yes, that’s true,” she admitted. “We got into some tangles, but I didn’t know how to write about that part. Maybe I wasn’t ready.”

I knew exactly what she meant. I also struggle with how to be true to the complexity of intimate relationships, while at the same time protecting the dignity of all concerned. I don’t have any one-size-fits-all answer. I just know that the weight of things unsaid, or said partially, becomes a presence in a poem or story, as much as the words that are actually on the page.

As we continued our discussion, other students wanted to know if they always have to write about “bad stuff” to be considered honest. Aren’t some love affairs or family relationships just sweet? Isn’t mortality, that ever-present shadow of loss that accompanies every human love, enough?

I admit to a certain personal affinity for the shadow. When I was very little, my father assigned me the chore of picking up rocks, finding earthworms underneath, and putting the worms in his vegetable garden where they would aerate the soil. He was probably just trying to keep a six-year-old occupied while he tended his tomatoes and zucchini, but I took my job very seriously. I still like to pick up rocks and see what’s writhing under there. Under the shame, rage, and terror, there lurks raw life energy, that thing we desire and fear the most.

When my friend Carla was dying, she said her favorite word was “bittersweet.” Never had the beauty of life been so vivid to her; never had pain been so intense. That’s the shadow. I don’t know how to get away from it. That’s why there’s a big box of Kleenex on the table at writing class. At the same time that’s why the room often erupts into peals of raucous laughter, and why we all hug each other so hard when our time together is over.