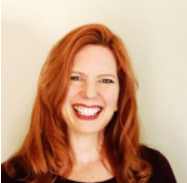 Guest Blogger, Bryn Donovan, writes about: What Happens on Page One: 30 Ways to Start a Novel.

Note from Marlene:  Edited for brevity. Scroll down for link to original post.

Even when you have a basic idea of your story, sometimes it’s hard to know where to begin it.

One of the best things you can do with your first five or ten pages is to get readers to care about what happens to your main character (or one of them.)

In my opinion, and in the opinion of most editors, a prologue that only serves as backstory is generally a bad idea. It makes a novel feel like it’s taking too long to really get started. You can weave the backstory into the present-day action. Build some mystery and anticipation about past events.

Many of us begin the story too soon in the first draft, with too much backstory.

Ask yourself what happens in the story to jog your character out of her usual rut and take her in a different direction. A lot of people refer to that thing, that event that changes everything, as the “inciting incident.”

(Something I have yet to do in my own stories is make the character’s own action lead to the change, rather than having her react to something. For instance, in my favorite movie of all time, Mad Max: Fury Road, Imperator Furiosa changes everything by deciding to rescue the sex slaves of a horrible dictator. And in Star Wars: The Force Awakens, Finn rewrites his own destiny and everyone else’s as well by having a crisis of conscience. This leads him to make a daring escape with an imprisoned Resistance fighter.)

In Blake Snyder’s screenwriting book, Save the Cat (a terrific resource for fiction writers), he lays out an outline that establishes a baseline for the main character: Here’s what his life is like, here are some of his issues, and oh, in case you were wondering, here’s the theme, stated by some character or other. The inciting incident (or what he calls “the catalyst”) happens a little ways in.

It’s also possible to have the inciting incident on the first few pages, or even in the first sentence. That’s really up to you. But you don’t want to go too long before that first big thing happens.

As my friend Trish tells her improv students, Start on the Day Everything Changes.

[Bryn lists ways not to start a novel. Please go to her blog for this list.]

Here are 30 ideas of places to start… maybe one of them will work with your story! For some of them, I’ve given examples of novels that begin in that way.

As with the plot lists in my Master Lists for Writers book, you’re not cheating by using one, because these are all really broad! Each one of them could go a bunch of different ways.

The arrival of a letter, email, or package. The Thirteenth Tale, Diane Setterfield

A main character in a frustrating situation.

A main character in an awkward or embarrassing situation.

The discovery of a dead body. Thief of Shadows, Elizabeth Hoyt

The death of somebody in the family or the community. All The Pretty Horses, Cormac McCarthy; The Known World, Edward P. Jones

~This is a popular one, and understandably so, because an ending is a new beginning.

The beginning or the middle of a disaster. All the Light We Cannot See by Anthony Doerr, kind of.

~It could be a bombing, a plane crash, or a tornado.

The aftermath of a disaster.(Their Eyes Were Watching God, Zora Neale Hurston

A performance, or the conclusion of one. Bel Canto, Ann Patchett

A main character in the hospital. Kindred, Octavia Butler

A main character declaring that he is in big trouble. The Martian, Andy Weir

A main character who’s clearly in big trouble. What Is the What, Dave Eggers

~She might be getting mugged or running from Nazi soldiers. Readers will start caring about her immediately.

The arrival of a plane, ship, or train. The Count of Monte Cristo, Alexander Dumas

A scene at a party, a bar, or a nightclub. War and Peace, Leo Tolstoy; The Name of the Wind, Patrick Rothfuss

A fight. The Warrior, Zoë Archer

The character may be part of the fight, or just witnessing it.

A character moving in to a new place.

It could be a neighborhood or a dorm room.

A broad statement about one’s life. One For the Money, Janet Evanovich

~One For the Money begins, “There are some men who enter a woman’s life and screw it up forever. Joseph Morelli did this to me — not forever, but periodically.” That’s a great hook.

A dramatic moment in the middle or end of the story. The Secret History,Donna Tartt.

~You can begin in the moment and then backtrack to explain how they got there. For instance, the prologue of The Secret History begins, “The snow in the mountains was melting and Bunny had been dead for several weeks before we came to understand the gravity of our situation.”

A trial in a courtroom.  Snow Falling on Cedars, David Guterson

~ I really like this idea because you could get a lot of information across about your character naturally. She might be giving appropriate answers while her internal monologue tells you the rest of the story. Also, an applicant at a job interview is in a vulnerable position, which I think would create empathy for your heroine right away.

~Your character could be getting an errand done or going to visit somebody. For a novel that takes place in an historical, futuristic, or fantasy setting, this can be a good way to establish a sense of place as well as establish your character’s normal life and priorities.

A main character in a triumphant situation.

A character or characters getting dressed, shaving, putting makeup on, or doing their hair. The Makioka Sisters, Junichiro Tanizaki

A big, happy occasion such as a wedding or a graduation.

~Of course, it might or might not be happy for your main character, who may be a participant or someone in the audience.

One character teaching another how to do something.

A visitor showing up at the door. The Big Sleep,Raymond Chandler.

A main character coming across a significant object.

A character committing a crime.

A character or characters completing a task. Our Mutual Friend, Charles Dickens

For the complete blog post, please click on: “What Happens on Page One: 30 Ways to Start a Novel.”

Bryn’s goal for her blog: “Share as many writing resources as possible, encourage people to remember how amazing they really are, and inspire myself and others to get as much out of life as we can. Hope you like it!”