Write about a favorite movie. Why do you like it?

A note about freewrites:  You don’t have to write on the prompt exactly as it’s written. You can write about “Why didn’t you walk away?”  Write freely, with no attachment to the final product. Just write. 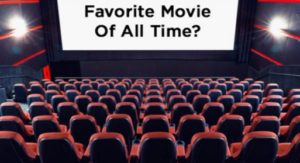