Many of us have heard “start your story in the middle of the action, or the height of the conflict.”

David Lavender suggests “start at the height of desire.”

You need not worry about being dull if you can present within the first few hundred words a definite character in the grip of a definite emotion.

“But introducing a character and his motives to an audience must be done deftly and without explanation. For example, if setting up a boy-loves-girl story, Lavender says, ‘I must show the boy immediately engaged in wanting the girl. I must do it with unobtrusive little touches. I must bring it out through the way he acts and what he says, being at all times careful not to let the reader guess that he is having something explained to him.'” — Nicki Porter, August 2015 The Writer magazine 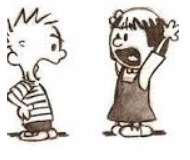