Let’s do some relaxation exercises before writing.

Settle into your chair.  Feet flat on floor. Hands relaxed.

Stretch arms out in front. Arms overhead. Arms to the side.

Feel your feet connected to the floor. That connection goes down into the earth, way down, deep down, to the center of the earth. Firmly planted, deeply rooted.

Completely supported in your chair. Feeling the connection to the earth. Feeling connected to the center . . .  the core of the earth. Your connection goes deep.

We’re going to do a bit of exploration here. . . scanning memories. 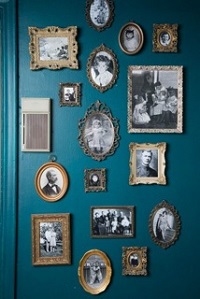 Sitting comfortably in your chair, scan your relatives for the person who affected you the least.

Now, a relative who affected you the most.

What are some of the emotions that came up for you?

Which relative affected you in a way that surprised you?

Prompt:  Write about that relative and a time that holds deep emotions for you.

How to write without adding trauma is a Write Spot Blog post from July 2013. You might want to read this before writing about difficult experiences.