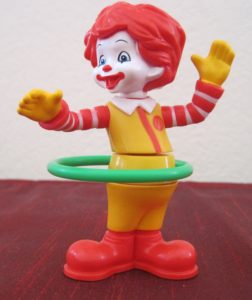 Write about a colorful character using similes and metaphors.

Simile – a figure of speech in which two essentially unlike things are compared, often using like or as, as in “eyes like stars.”

Metaphor – A figure of speech in which a word or phrase that ordinarily designates one thing is used to designate another; thus making an implicit comparison, as in the evening of life.

Metaphors are comparisons that show how two things that are not alike in most ways are similar in one important way. Metaphors are a way to describe something. Authors use them to make their writing more interesting or entertaining.

Unlike similes that use the words “as” or “like” to make a comparison, metaphors state that something is something else.

Brian was a wall, bouncing every tennis ball back over the net.

We would have had more pizza to eat if Tammy hadn’t been such a hog.

Cindy was such a mule. We couldn’t get her to change her mind.

The poor rat didn’t have a chance. Our old cat, a bolt of lightning, caught his prey.

Even a child could carry my dog, Dogface, around for hours. He’s such a feather.