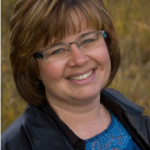 Here’s what Guest Blogger Angela Ackerman has to say about writing physical descriptions.

I’m going to be totally honest here. There is little I detest more than trying to describe how my character looks. The reasons are numerous. I think it sounds boring. It slows the story. It reads like a list or sounds clichéd, etc, blargh de blargh.

I write in first person, to boot, making it even more difficult to create natural-sounding character description without using the dreaded MIRROR technique. After all, every time a writer uses a mirror to describe their character’s physique, somewhere in the world a zombie dies. Think about that. Right now, Zombies are dying. I can’t add to this terrible crime. Can you?

But then I read Word Painting and realized I was looking at it all wrong. Physical description doesn’t need to be a dry, tasteless blob of facts to help the writer see our character. It can be seasoned and textured, and doled out bite by savory bite.

When introducing a character, there are a few basics most stick to: sex, hair, eyes, build. Which is fine to start, depending how you go about it. A description like Melvin the bellhop had brown hair, green eyes and was a bit on the skinny side can be summed up in one word: BLAND. This is the ‘just the facts’ approach, and can often read like a list.

Another common mistake is the ‘throw in some adjectives’ approach: Melvin the attentive bellhop from our luxury hotel, had gleaming, oiled brown hair, haunting green eyes and a crisp uniform that fit his lean frame perfectly.

Oh dear. Can you hear the zombies screaming, Clarrise? The issue with relying solely on modifiers to liven up the physical description is that they often end up hitting on clichés or sounding overwritten.

1) Choose description that is apt and characterizes rather than conveys information.

The bellhop’s well-oiled brown hair suggested an abundance of cowlicks needing to be tamed.

This here not only paints a picture, it tells us something about Melvin. He takes pride in how he looks, and will go to lengths to appear professional.

2) Select a few attributes that stand out and work together to create a full picture.

The bellhop approached us with steps as crisp as his starched maroon uniform. His gold nametag, exactly level with his lapel, announced his name: Melvin. He smiled as he took our bags, and then with a cock of his eyebrow, enquired if we were ready to go up to our room.

Again, the crisp steps and starched uniform provide an apt comparison. His smile softens the starchiness, and his cocked eyebrow, along with him asking, not telling the hotel guests to come with him, provides the image of a smooth professional who knows how to make customers feel catered too. You’ll notice no hair, no eyes, no build is described. Can you see Melvin anyway?

Which is easier to describe–a character in motion with a goal in mind, or one standing still? The answer is obvious. This ties back to the show-don’t-tell line of thought. A character is defined by what he does, and through those actions, the reader can begin to understand what it is that he wants, needs and feels. By showing a character interacting with the setting, we understand more about who he is and can ‘see’ him better.

A Melvin scanning the lobby for debris, returning empty glasses to the bar and offering help to a flustered businessman wrestling with his oversized laptop case will be seen differently than a Melvin standing near the elevator, eyes straight ahead, waiting for his name to be called to the front desk for assistance.

Good character description does not rest on the character alone, but also through the places they spend their time and the objects they surround themselves with. Know the setting well and spend time building it, because characters don’t exist in white boxes of nothingness. Think of your bedroom or bathroom, and the personal touches that make it different from a friend’s bedroom or bathroom. The things your character touches, the things they view as important…these are also items that will help build a concrete picture of your character.

5) Remember to use more than SIGHT to describe

Sight is only one way to get an image across. The other senses like smells, sounds or touching can also reveal a lot about a character and create intimacy ties between the character and the reader through recognition. Use them to characterize! Our pal Melvin would probably steer clear of heavy scents, careful to always consider both his guests sensitivity to strong colognes and to maintain his background role. Yet I could imagine standing next to him in the elevator and catching a whiff of clean soap, or perhaps a touch of aloe from his hair gel.

6) Description is best in manageable pieces.

A certain amount of detail is needed to intro a character, but really all that is needed is a line or two. Further characterization, tics and mannerisms will be revealed as you show them in action, so don’t hamper the scene with clumps of physical description. Drop tidbits here and there, and remember to allude to important details more than once. If we described Melvin as pale skinned and it’s a defining detail because he’s really a vampire, mention it again in a different way down the road. Does a patron note the whiteness of his arm against his dark uniform as his sleeve rides up? Does his face appear to fade somewhat as he stands in front of the pearl-toned wallpaper? A reminder will reinforce the image we need then to see.

Do you have any tips and tricks that help you describe your characters?