For me, writing is like a shot in the arm. When I write alone, my mind becomes infused with new ideas. When I write with others, I’m included in a circle of writers who inspire me, enlighten me, challenge me, beckon me to take up the gauntlet, put on the gloves, step away from the ropes, dance my strategic dance of words, and punch my critic until he stays down at the count of ten, knocked out by my knuckle-punch of powerful, gutsy words.

It may sound over-simplified, but I know this for sure: it’s the physical act of placing pen to paper and refusing to remove it until blood seeps from my pores and I’ve said something – hopefully something important. That’s what makes a writer.

I’ve learned that if some particular subject is important to me, it can be, and probably will be, important to somebody else – perhaps lots of somebodies.

But physically writing is only part of the writerly equation. Other factors include reading my words aloud, and listening to the words my fellow writers have written. We write to be heard.

When I first attended Marlene Cullen’s Jumpstart writing workshop in Petaluma, CA, I had hoped to carve some publishing notches into my writer’s gun barrel. I wanted to review and edit pieces that had sprouted cobwebs at the back of my musty, dusty filing cabinet. But that didn’t happen. What did happen was far different from what I’d expected.

Jumpstart wasn’t a spit-and-polish workshop. There were other times and places to spit- and-polish my words. This was a bim-bam-thank-you-mam workshop; the kind I love most.

In Jumpstart, our simple outpourings of heartfelt thoughts, glimpsed moments from the past, glimmers of future dreams, sprinkles of laughter and tears, and tidbits of joy and sorrow were freely shared, but with one caveat; they were not to be shared outside the classroom. [Note from Marlene: It’s fine for writers to share their own work; but not discuss the writing of the other participants outside of the workshop group.]

After participating in Jumpstart, I created a similar freewriting class called Quick Start, in Rohnert Park, CA, closer to my home in Cotati. Different venue. Different participants. But the same enthusiasm and appreciation for sharing each other’s words in a safe environment.

I have enjoyed the experience of seeing my polished prose appear in several publications during my lengthy writing life. However, the writing I still enjoy most is the rough, raw, beginning of a new writing-in-progress. Like a newborn infant, each new writing must be cleaned up, severed from its umbilical cord, and nurtured toward maturity where it can finally stand on its own, ready to compete in the writing world.

But until my work is ready, I’ll just take another deep breath and keep writing my words. When I’m finished I’d like to read them to you. Then I’d like to hear what you’ve written. I’m hoping our words will increase and multiply, much like the family of writers who wrote them. 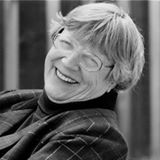 At 81, Pat Tyler continues to be warm, vertical, reading, writing, publishing short works, self-publishing long works, painting, crafting, and most of all – retired! (on the only quiet corner in Cotati, CA)

Pat received her Master of Arts degree from Sonoma State University.  Pat’s writing has been published in Good Housekeeping Magazine, Fate Magazine, and numerous anthologies. She is an award winner of four Writers Digest Competitions. Pat Tyler is the author of The Impossible Promise and her memoir, 2014 Moments Remembered. Pat’s next novel, Forgive Us Our Trespasses, will be available in 2016.