Guest Blogger Lois Lavrisa writes about the lack of self-confidence and doubt amongst writers.

My husband and I attended an event featuring the bestselling financial guru, Suze Orman. We chatted with friends as my husband’s coworker approached us. Beth, a perky lady with a huge smile, approached us.

I nodded enthusiastically. “Me too. I love Suze. I can’t wait to see her.”

Beth’s face froze for a moment, as if registering what I said. Then she gently squeezed my hand. “I’m a fan of yours.”

For a few moments, I didn’t know what to say. I finally said a quick thank you to Beth. She was sweet and I was completely flattered. It’s just that I was just taken off guard because I don’t have great author confidence. Instead I have loads of self doubt, maybe it could be called author angst, which makes me work triple time to make sure what I write is as good as it can be. However, self-doubt doesn’t lend itself to being prepared for a compliment — ever.

Perhaps my doubt began many years ago. The first time my name was in print (eighth grade in a four page mimeographed newsletter) I felt both thrilled and vulnerable. The public (okay maybe thirty of my peers and their families) read what I wrote. That was somewhat cool. Yet I also felt vulnerable.

If I stayed hidden in the shadows with my stories still tucked away in my imagination, I wouldn’t be susceptible to ridicule. Yet I had this desire and overwhelming need to tell my stories. I wanted to connect to people outside of my head. I received lukewarm reception to my first byline. Since no one out right ridiculed my story, and some even liked it, I was encouraged.  Coming from a home where no praise was given (recently my mother admitted she did this on purpose so that my four siblings and I wouldn’t get big egos) the lukewarm reaction from my peers was better than nothing. I soaked it up like a sponge. I felt pulled. I didn’t know how to accept praise but at the same time when it happened it felt so good.

And I needed to write.

I wanted to connect with others. This meant my words needed to be out there for all to see. This also meant that my stories could be rejected, accepted or ignored.

In a very tough Southside of Chicago suburban public high school, I was tormented and bullied unmercifully. Being a shy, passive, nerdy honor student in a sea of black rock concert t-shirts and pot smoking— I stuck out as an easy target.

When the high school newspaper announced a poetry contest, I decided to enter. However, for fear of further tormenting, I signed my poem as Heather. My first (and so far only) pseudonym. My poem appeared in the school newspaper.  Overhearing some students talking about Heather’s poem made me (secretly of course) jump for happiness.  Yet I couldn’t tell anyone that was my poem for fear that if I did, my name would leak to the bullies and could possibly multiply the attacks on me. So, I stayed silent. Yet, I knew I had something to say that connected with people. I wanted to do more of it.

Following graduation, I attended a college a few hours away from my hometown. I loved the anonymity. No bullies. No history of who I was. Freedom to reinvent myself.

During the first semester I realized that I was not cut out for pre dentistry (I do brush and floss twice a day, I haven’t given up on teeth entirely.) I signed up for journalism classes and began to write for the school newspaper. This time I used my own name. And guess what? I didn’t get ridiculed nor beat up. Instead, friends came up to me and commented on my front page story, or on one of my featured articles.

Flash ahead to the Suze Orman event I mentioned at the beginning of this blog, when Beth said she was a fan of mine. My lack of confidence left me flabbergasted when she complimented me. Yes, I work tirelessly on my craft, trying my best to make sure it is as perfect as it could be. So why do I still have those nagging doubts about my writing? When I see a new review posted I hold my breath.  Will they say terrible or terrific? Here’s the truth, I believe the terrible reviews more than the terrific ones (thankfully there are way more good reviews than negative, but still those nasty comments -ugh!)  I’m hopeless right?

I’m thrilled and honored that readers post great reviews and seem to connect with my stories. Yet, part of me feels unworthy of the accolades. I have such angst you’d think I was a teen, not someone in midlife.

If there were a special workshop to boost author confidence, I’d sign up today. Have any of you experienced author doubt? If you have, how do you handle it? And if anyone wants to share some ideas for boosting author confidence- please do! 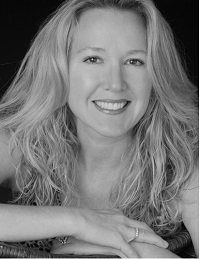 Lois Lavrisa writes Mystery with a Twist. Her first mystery, Amazon Top 100 Bestselling and Amazon Hot New Release, LIQUID LIES, is set in an affluent lake town in Wisconsin, and asks the question “Would you tell the truth, even if it meant losing everything?”

Originally posted May 22, 2013, The Writer’s Guide to E-Publishing Update. This post is slightly edited and paraphrased from the original post. Re-posted with permission.