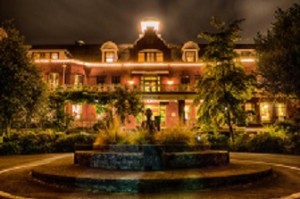 Photo by Colby Drake, fine arts photographer who enjoys the adventure of going to scenic areas and trying to capture those places to share with others.

Prompt:  Write about a city . . . where you live now, or used to live, or have visited, or from your imagination.  Here are examples from the NaNoWriMo Blog.

It is Sunday in Hamburg. Six o’clock in the morning and everything is quiet. Most people are sleeping peacefully in their beds, but not me. I’ve been awake all night. Waiting for this special moment. I feel tired but push on: there is nothing better than the beauty of a new dawn and the breeze of freedom it holds. Soon, I will go to the one place where people who lived through the night can meet those who are first to welcome the morning.

Entering downtown Montreal is like stepping through a time machine. The old port brings you straight to the 1600s: where architectural elegance usurped function, and everything was made of stone. And these stones have stories to tell—showing the stains of floodwaters from as far back as 1642.

New York: The City That Never Sleeps. It’s a common phrase, but it means a lot more than last calls at 4 a.m. and a 24-hour subway system. This town doesn’t run on one schedule, it runs on over 8 million.

Bodegas, hot dog carts and $1 pizza places line the streets of Midtown Manhattan and the Village, catering to this continual flux of pedestrian traffic. Trains full of 9-to-5ers pour out of Grand Central Station, giving way to tourists, then pre-curtain-call diners, then club-goers and night shift workers, on to the late-night partiers and night owls, until, as dawn breaks, early-shift workers and audition-goers pass through, re-starting the cycle all over again.

Your Turn: Write about a city.