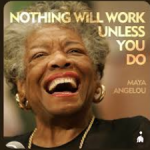 Maya Angelou said, “There is no greater agony than bearing an untold story inside you.”

From Marlene:  Don’t keep your story bottled up inside you.  Write it out.

Don’t know what to write about?  Check out the prompts on The Write Spot Blog. Choose one. Set your timer for 15 or 20 minutes and Just Write!  You can also find writing prompts here.