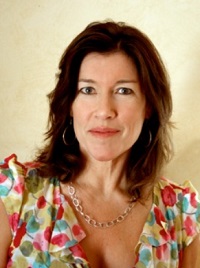 I never intended to write a memoir. As a reader, I’ve always preferred fiction to non-fiction and my book, Imperfect Endings, which is about my mother’s decision to end her life after struggling with Parkinson’s for many years, started off as a novel.

I wanted to write a fictionalized account of my experience growing up as the youngest of three girls and explore how it felt to have two powerful older sisters fighting over my soul. My idea was to create a crisis in my characters’ lives as adults and then show how the old alliances and animosities from their childhood were re-ignited by this “current” event.

At the time, I was struggling to make sense of my mother’s suicide and I thought, “Hmm… well there’s an interesting crisis.”

After writing the first 50 pages, my agent suggested that I turn the book into a memoir, claiming that it would have more impact as a “true” story. (I think she also figured it would be easier to sell than a novel.) After much hemming and hawing, I decided to give it a shot.

Despite my fears, as soon as I made the switch from fiction to nonfiction (and tossed out all the made-up stuff), the tone, language and pacing of the book seemed to fall into place. It may sound strange to say that writing a book about your mother’s suicide was enjoyable—and there were parts that were difficult to re-live—but I did find writing “from life” more rewarding than I had expected.

It was certainly easier than writing fiction, as much as I hated to admit it. Now that I was the character and these were my feelings, my experiences, generating new material was a breeze. Instead of making things up, I was excavating what already existed and using that material to fuel the writing process. I can’t say I became a fast writer, but I definitely got faster.

Day after day, I would settle myself in my office or in a café and focus on an experience or time period that I wanted to capture. Once images and events began to drift up, I would scribble them down, especially if they seemed vivid or emblematic of a central issue or character. I would then take this material, flesh it out and—if warranted—turn it into a fully developed scene.

I came to think of this like translation. I was essentially taking emotion and memory and translating it into language. But being able to enter into an experience while also standing apart from it, observing and recording it, takes a certain dispassion. (No wallowing allowed!) It is fascinating to travel back to an important event or experience and reconsider it from different angles, but you also need to maintain a critical distance in order to turn it into art. This is especially true when you are deciding what to include and what not to include; what serves your story and what is superfluous.

Once you have your story, the next hurdle is getting it out in the world. And I’m not just talking about the infuriating scramble to find a publisher. Writing memoir involves a HUGE degree of personal exposure. It is not for the faint of heart. (I had a number of heart-stopping anxiety dreams after my book was bought and sometimes wondered if having a publisher was worse than not having one.)

But whenever I found myself fretting about having sold my soul—not to mention the souls of various family members—I would remind myself of why I wrote the book and whom I was trying to reach. So many people go through some version of my story and I liked to think that reading about how my family made these difficult end-of-life negotiations—imperfect as they were—might be useful and perhaps comforting for someone else. I certainly hoped so.

Holding on to your personal, complex truth is especially important when your book is published and the story that you wrote while comfortably ensconced in your private writing bubble is suddenly blasted into the public domain. You no longer have any control over who reads it—or how they will respond to it. And once you start the invariable mad dance of promoting your book, you can feel like you’ve turned your life – and even your self into a commodity.

Which brings me back to my original assertion that I am a reluctant memoirist. And it explains why I am currently at work on a novel.

You can take a memoir workshop with Zoe at Writers Grotto in San Francisco: “Taking Your Memoir to the Next Level.”

Zoe FitzGerald Carter was born in France and grew up in Washington D.C. She is a graduate of Columbia Journalism School and has written for numerous publications including The New York Times, The San Francisco Chronicle, Salon and Vogue. Zoe teaches memoir writing at workshops and conferences. . . . scroll down for conference information. In addition to her novel on self-help culture, Twenty-One Days to A Perfect Life, she is working on a nonfiction book about race and elected kinship.