Have you heard about varying length of sentences?

Here’s what Mary Gordon says about that:

“One of the things that I try to do is to have a paragraph that begins and ends with a sentence of approximately the same length and verbal structure. . . . in the middle, the sentences tend to be longer and more complex.

It allows for a kind of velocity to happen . . . A shorter sentence you actually have to read more slowly . . . If you are a writer, you have more power than the greatest tyrant in the world because of punctuation. You get to tell people how to breathe . . . a sentence that has very little punctuation, you actually have to read more slowly because you’re not stopping to breathe. So it’s a slowing down and then a kind of build up – a crescendo and then a decrescendo . . . ”

Excerpt from The Liar’s Wife by Mary Gordon:

“The late sun sparkles on the river. She has not given up the habit of trying to find the right words for the color of the sky. Pearl grey, she thinks, and then changes from pearl to oyster, the inside of an oyster shell. And all at once, there is something like a rip in the matte greyness, and light pours through, as if someone had slit a great cloth bag of sugar, and the sugar had spilt out. Only one tree is singled out by the light, and that one called a maple sugar. It amuses her to say to herself, ‘the sugar light falls on the sugar maple,’ and then she wonders if she thought of sugar because of rationing. She believes that she spends an inordinate amount of time thinking about the food she can’t have. She has been told the sacrifice is honorable, and she believes it, and is glad to do it. Only sometimes she yearns, ashamed, for the taste of sugar.

Mlle Weil says: ‘the tree looks like a torch thrown down by an angel.’

Once more, in relation to Mlle Weil, Genevieve finds herself abashed and she feels she must accuse herself. She is thinking of angels and I of sugar.”

From an interview by Alicia Anstead, The Writer, September 2015 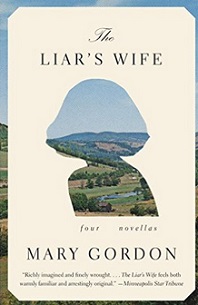 Note from Marlene: I love how Genevieve struggles to find the right word for the color of sky. I ponder the perfect description for stars in the dark sky. I’ve heard “diamonds spilled from a velvet pouch.” I love that. Wish I had thought of it.

However you parse your words. . . Just write!