Sit still for a moment. . . take a few deep breaths. Relax into your chair.

For this writing experience, tap into what haunts you. As Rebecca Lawton says in Cool Writing Tips:

” See the detail of the memory with clear eyes and write it down as best you can remember it.” 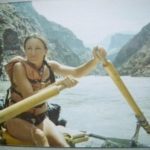 There will be a repeat series of Becca Lawton’s Cool Writing Tips. This will only be available for the month of September, 2016. Sign up now so you don’t miss a single inspirational tip.

“Write as if you were dying” features Rebecca Lawton as a guest blogger and highlights one of her Cool Writing Tips. I found her friendly style of writing about writing to be affirming and inspiring. I think you will, too.