Do you want to write true stories, but worry about hurting people’s feelings?

Megan Kaplon, in an interview with Helen Macdonald, author of H is for Hawk:

“When working on academic projects, she (Helen Macdonald) experiences anxiety about being correct, about saying the right thing, but writing memoir has been a freeing force.”

“When it’s yourself, you feel the truth inside yourself. . . It becomes something utterly manifest when you know you’re writing something from the heart.” – Helen Macdonald 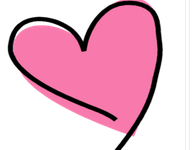 Marlene’s Musings: In my opinion, you cannot go wrong when writing from the heart. Sometimes, when writing memoir, it’s wrong to write for an audience. Write for yourself. And if you find an audience, then hooray! But first, write from your heart. You can use these guidelines when writing about difficult subjects.

Some of my favorite memoirs, where, I think, the authors wrote from a sacred heart place.

Your Turn: Who are your favorite memoirists, or authors who write true stories?