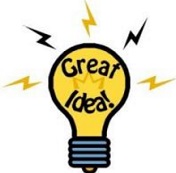 Imagine a conversation between two people of different backgrounds talking about March 13, National Day of . . .

Explain National Day [choose one from the list below] as if these two people were talking in person, over the phone, or via emails. They could be friends. Or perhaps they have never met in person.

Look for the twist in red below.

National Good Samaritan Day – United States. A day for unselfish actions to help those in need and to celebrate kindness.

National Earmuff Day – United States, in honor of the 1873 invention of earmuffs. At the age of fifteen, Chester Greenwood of Farmington, Maine was credited for inventing the winter wear out of necessity—his ears were cold.

A lot of things changed after the bombing of Pearl Harbor in 1941. Oil, leather and rubber were rationed. Men were drafted. Women rolled up their sleeves and built war supplies. And dogs were called to duty. During the first World War, the United States took notice of the European use of canines as sentries, message carriers and several other functions.

Here’s the twist:  Use foreign phrases in your writing, such as:

Bikkie = biscuit (also “it cost big bikkies” – it was expensive)

Drink with the flies = to drink alone