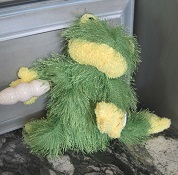 From the June 2015 Costco Connection: Summer is typically a time when many businesses see a drop-off in customers, so they create ways to engage customers.

Here are some specially designated days and, of course, you can write on any of these. Have fun. . .  Let your imagination take over.

You can search the internet for all kinds of “official” days.