How do you put the sensory detail of smell in writing? Let’s sniff out ideas.

Take a deep breath and imagine the smell of:

roast turkey right out of the oven

How would you describe these smells to someone who cannot smell or who never smelled these particular scents?

If you can, walk through an orchard or a field where the earth has recently been plowed. Inhale. Describe that earthy smell.

What about describing smells for other things? What does” old,” ancient” and “calm” smell like?

Here are some ideas:

But what does parchment paper, musty book and rain candle smell like? Can you describe these smells?

How about adding sounds:

The following is from The Martian Chronicles by Ray Bradbury:

There was a smell of Time in the air tonight. . . What did Time smell like? Like dust and clocks and people. And if you wondered what Time sounded like, it sounded like water running in a dark cave and voices crying and dirt dropping down upon hollow box lids, and rain. Time looked like snow dropping silently into a black room or it looked like a silent film in an ancient theatre one hundred billion faces falling like those New Year balloons down and down into nothing. That was how Time smelled and looked and sounded.

Your turn: How do you infuse smell in your writing? Tell us. We want to know. 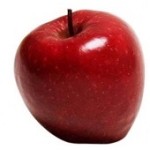