When writing simmers with sensory detail, readers digest the story and perhaps, are satiated with emotionally charged memories.

Do you remember dipping graham crackers in milk and eating it quickly before it broke off and became a soggy mess? You might use something like this in a scene where the hero/heroine has just been dumped by a boyfriend/girlfriend.

Perhaps your character can’t make decisions. Employ a scene where he taste tests while walking a buffet line; a bite here, a nibble there, unable to settle on a nourishing decision.

Bitter: She recoiled and didn’t know whether it was from her bitter coffee or his abrupt, “We’re done.”

Salty: “The oysters were so fresh they tasted like my tears. I closed my eyes to feel the sensation of the sea.” — Laura Fraser, “Food for the Heart,” Eating Well Magazine   Jan/Feb 2007

Sour: “Lemon with your squid?” She pinched her nose, “No, thank you.”

Umami: Their classroom integrated a variety of cultures, much as umami unites disparate flavors.

Ebullient, getting away with murder:

” . . . the fat Georgia man told Big George that it was the best barbecue he had ever eaten, and asked him what his secret was.

“She reached for a cherry tomato and popped it into her mouth. The juices exploded on her tongue. Carly wanted her attention? I’d give her anything she wants.” — A Wedding in Provence, Ellen Sussman

“Taste this . . . I swallowed. She had fed me a fluffy cloud, no more than pure texture, but as it evaporated it left a trail of flavor in its wake . . . That’s an amazing combination. The saffron’s brilliant—it gives it such a sunny flavor.” —Delicious! Ruth Reichl

“Moving constantly, she caressed the chocolate like a lover, folding it over and over on a slab of white marble, working it to get the texture right. She stopped to feed me a chocolate sprinkled with salt, which had the fierce flavor of the ocean . . . One chocolate tasted like rain, another of the desert.”—Delicious! Ruth Reichl

“That’s the spring cheese. . . When I put the cheese in my mouth it was richer, and if I let it linger on my tongue I could taste the lush fields of late summer, just as the light begins to die.” —Delicious! Ruth Reichl

“It was accompanied by lamb cutlets, which Cuneo had passed three times over the open flame, and a snow-white, melt-in-the-mouth garlic flan.” —The Little Paris Bookshop by Nina George

Taste and memory: Proust’s Remembrance of Things Past:

“I raised to my lips a spoonful of the tea in which I had soaked a morsel of the cake. No sooner had the warm liquid mixed with the crumbs touched my palate than a shudder ran through me and I stopped, intent upon the extraordinary thing that was happening to me. An exquisite pleasure had invaded my senses, something isolated, detached, with no suggestion of its origin. And at once the vicissitudes of life had become indifferent to me, its disasters innocuous, its brevity illusory – this new sensation having had on me the effect which love has of filling me with a precious essence; or rather this essence was not in me it was me. I had ceased now to feel mediocre, contingent, mortal. Whence could it have come to me, this all-powerful joy? I sensed that it was connected with the taste of the tea and the cake, but that it infinitely transcended those savours, could, no, indeed, be of the same nature. Whence did it come? What did it mean? How could I seize and apprehend it?

I drink a second mouthful, in which I find nothing more than in the first, then a third, which gives me rather less than the second. It is time to stop; the potion is losing it magic. It is plain that the truth I am seeking lies not in the cup but in myself.” Remembrance of Things Past, Proust 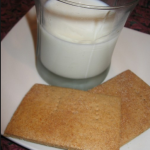