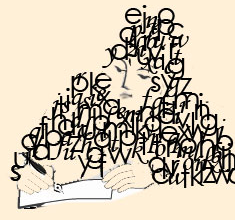 What can you write, using these words: